16 years of Moompetam: How the aquarium’s Native American festival celebrates the ‘original conservationists’

On Saturday, the Aquarium of the Pacific will celebrate its 16th annual Moompetam: Native American Festival, online. Free and open for anyone to tune in to between 10 a.m. and 3 p.m., the weekend event celebrates local maritime Native American cultures, including Tongva, Chumash, Acjachemen, Costanoan, Luiseno and Kumeyaay, through storytelling, educational programs, traditional cultural crafts, music and dance. 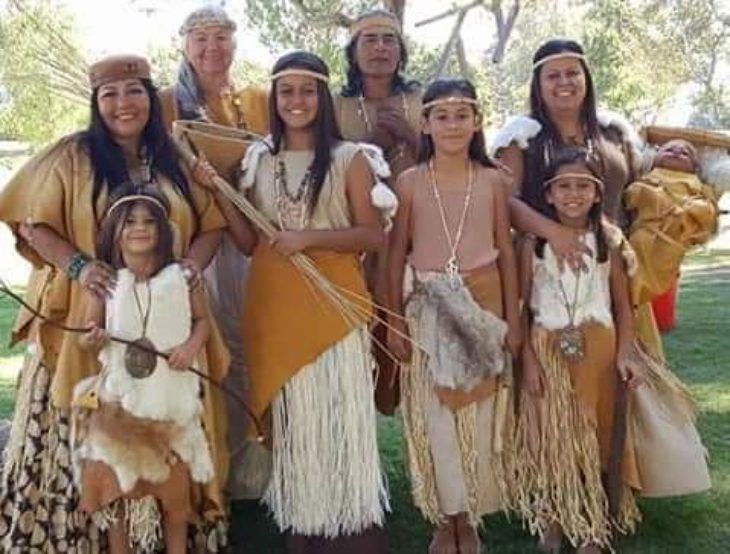 Jacque Tahuka Nunez, whose people are the Acjachemen, is the festival’s emcee. An award-winning storyteller and teacher, celebrating Moompetam—the term means “People of the Ocean,” and is derived from the word for saltwater in the Tongva language—at the aquarium ranks as one of her favorite events.

“I think the reason why it’s my favorite is because an entity like the Aquarium of the Pacific took a people that were, that are still invisible, and have made us visible and have given us honor, and helped us to see ourselves with great honor, too,” Nunez said. “To me, it really has been a relationship of love, respect and dignity. I’m so grateful for organizations like that, that give us a chance to be who we are in the world.”

When festival attendees, or viewers in this case, or anyone new to Native American customs gets a chance to hear, for example, a story or a song from the Chumash people, Nunez said it’s like music to her ears, being able to give the gift of understanding.

“We are an invisible cultural group,” said Nunez. “I have been a teacher for 41 years […] and I’m still amazed when a child will say, ‘Are you really an Indian? Are you really, really, I mean, you really are?’ And I go, ‘Yes, yes, yes and yes.’ And so in the eyes of the world, we’re just in the storybooks, they cannot even imagine that we’re still here practicing our ceremonies, singing and dancing and having this culture. 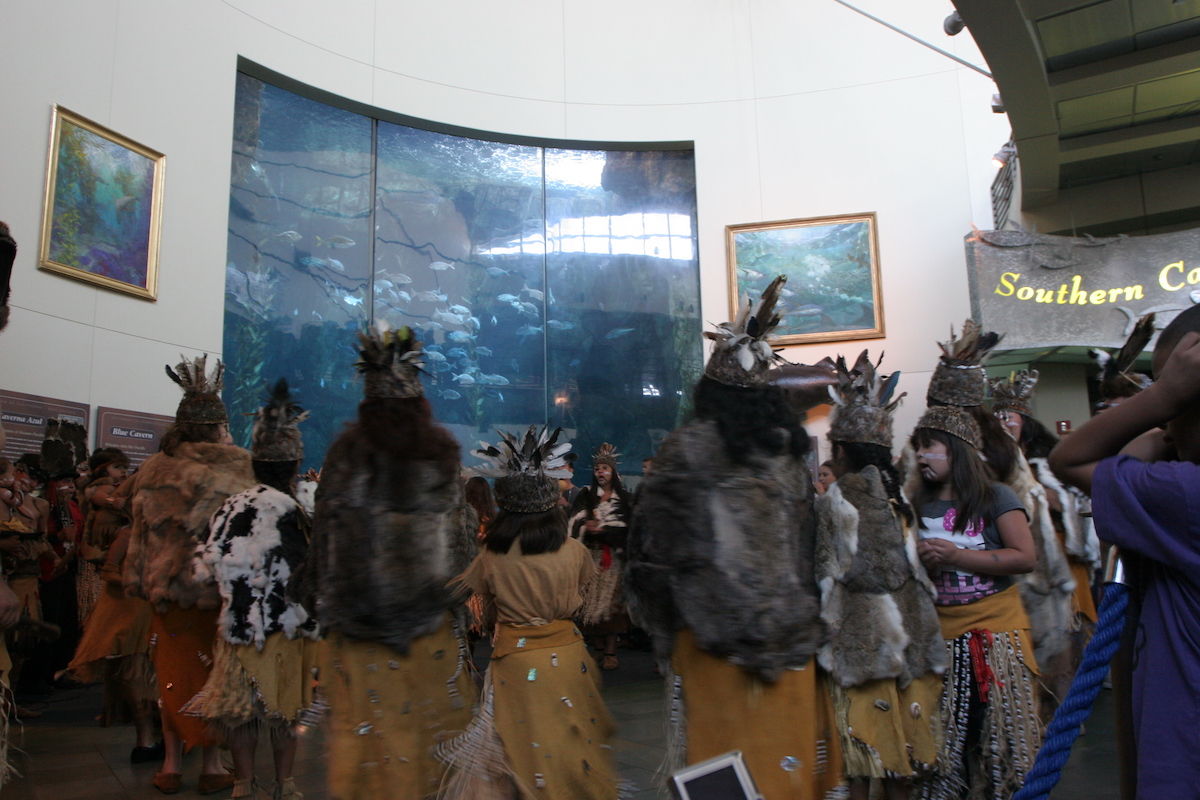 Everyone’s still like, ‘Wow, that’s amazing.’ And it isn’t amazing to us, but it’s so special to us. And we’re grateful that we have a chance to share what’s so beautiful to us.”

Festival coordinator Peter Martineau, who has been working at the aquarium for 16 years, said the first Moompetam festival was the first festival he organized for the nonprofit. A major aspect of the aquarium’s mission to care for the ocean is building connections with people, including the coastal communities represented during Moompetam. From the dances, to the songs, to the craft work, “so much of it is about, just the respect for nature, in the sense that nature is not something that’s separate from people … These are the original conservationists.” 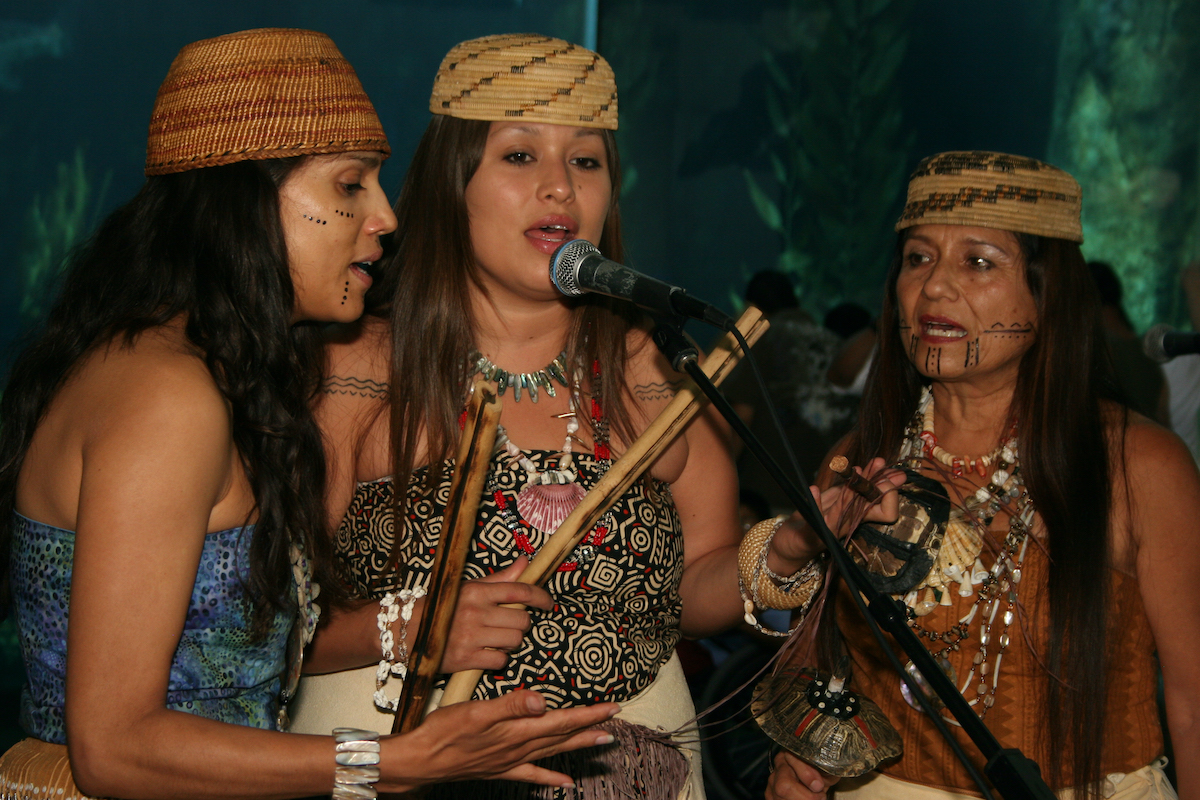 The challenge this year was obvious and widespread: with the festival’s transition to being exclusively online, how could it represent as many of the coastal indigenous people as possible.

The festival will conclude with a ceremony honoring Dr. Stan Rodriguez, a Tribal Councilman for the Santa Ysabel Nation, with the aquarium’s Heritage Award; the recipient of which is nominated and voted for by their peers. Rodriguez is also director of Kumeyaay Community College, dedicated to preserving the language and culture. 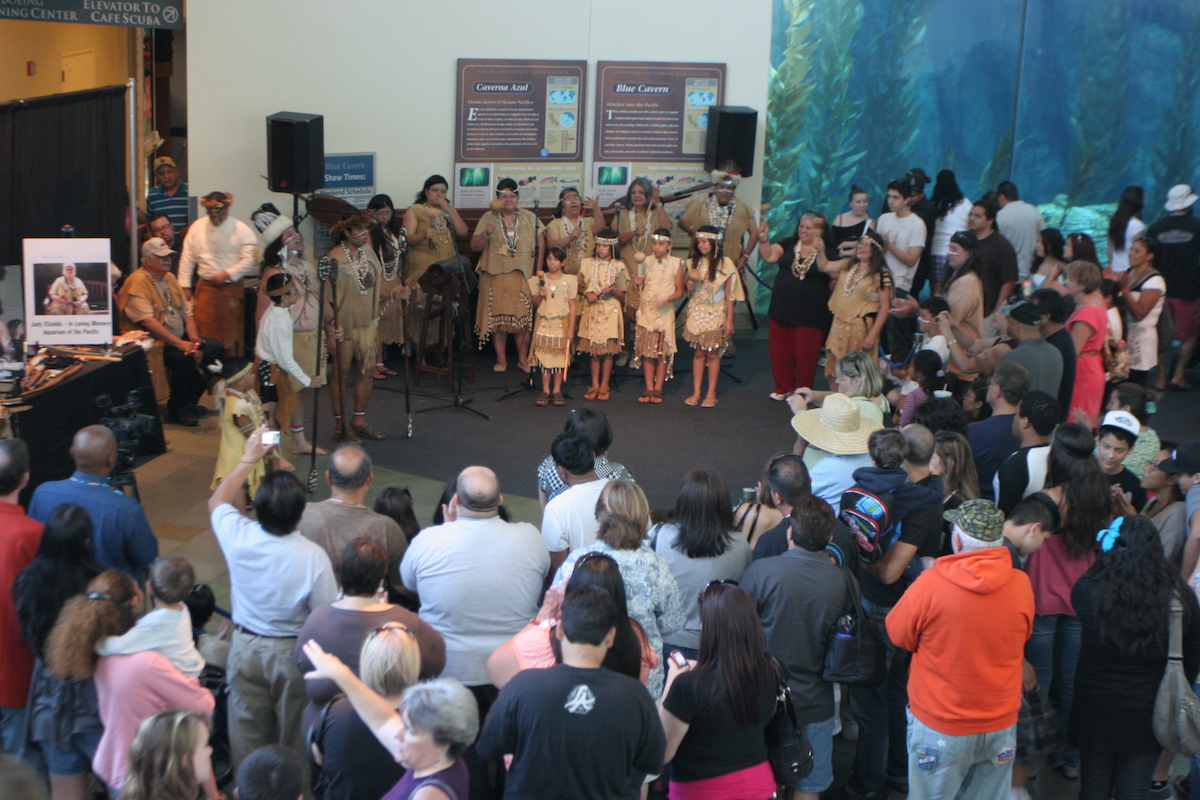 “He’s just done an amazing amount of service over the years, and his peers felt like he was the one to be recognized this year and we’re really excited to do that,” said Martineau. “He does amazing cultural stories, he always has some interesting craftwork going on. Like so many of the people that we honor, I find out this person, who I’ve known for years, has done so much more than I really have had any idea of.”

Martineau recalled watching in awe as Rodriguez built a tule boat made out of reeds during festivals past.

“I couldn’t believe it when I saw it a couple of years ago, he showed up with a giant truck full of these huge long reeds, and then he and his son and a few others proceeded to build a boat out of it in the front plaza,” said Martineau. “And they actually put it in the water and paddled it around in the harbor.” 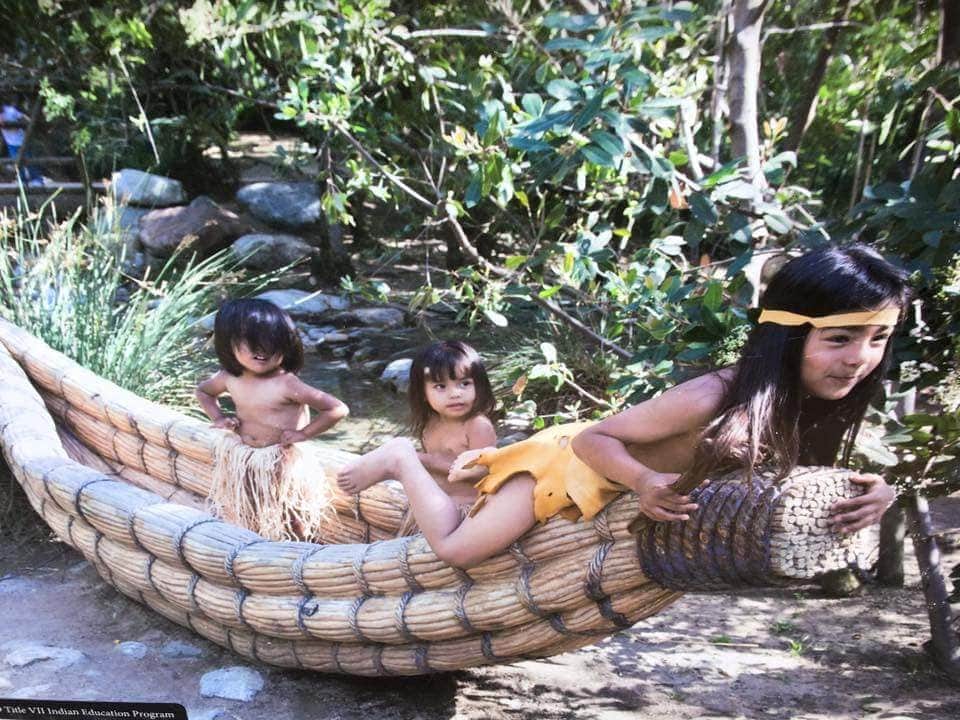 Nunez sees having to participate in Moompetam virtually as an opportunity, rather than a detriment, to what has certainly been an exciting in-person experience over the past 15 years. Set to be livestreamed from the aquarium, participants must follow social distancing rules. But for Nunez, it’s all about how you look at the situation. It’s as much about pivoting as it is about finding that silver lining.

“If I say those words, ‘It’s not the same,’ I could certainly bring my spirit down,” Nunez said. “But instead, I say, ‘We are still here and we’re going to make it work.’ And when I say those words, then I’m excited, because this is a new medium. I’m not afraid of the camera, I’m not afraid to just be who I am in the world. This is another opportunity, we’re still here and they didn’t cancel.”

“Even though it’s coming through modern media, it’s really gonna still have the spirit of Moompetam, I’m sure of that, I feel it,” Martineau said.