Students at El Morro Elementary welcomed Jacque Nuñez on Monday, Dec 17, as she shared her Acjachemen ancestor’s story in “Journeys to the Past.” Nuñez took students on a journey through the lifestyle of the Californian Native American, specifically the Acjachemen Nation, which flourished in Southern California for hundreds of years, including just south of Aliso Creek. 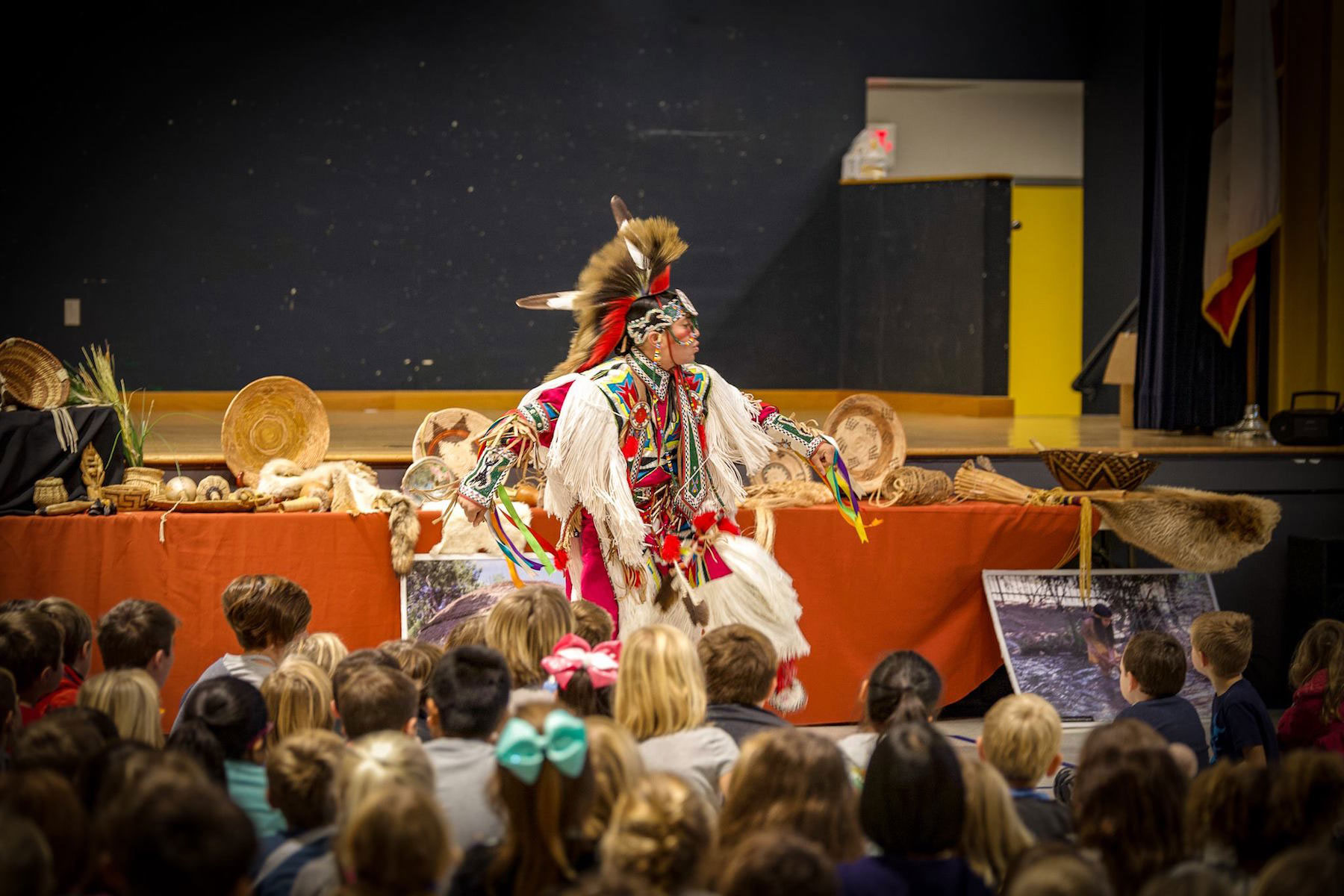 Nuñez and her team share with students through stories, songs, and dance

Through stories, songs, and dance, Jacque shared with students her people’s indigenous tools, instruments, games, and clothing. She included how Native Americans preserve their culture today by participating in Intertribal Pow wows. 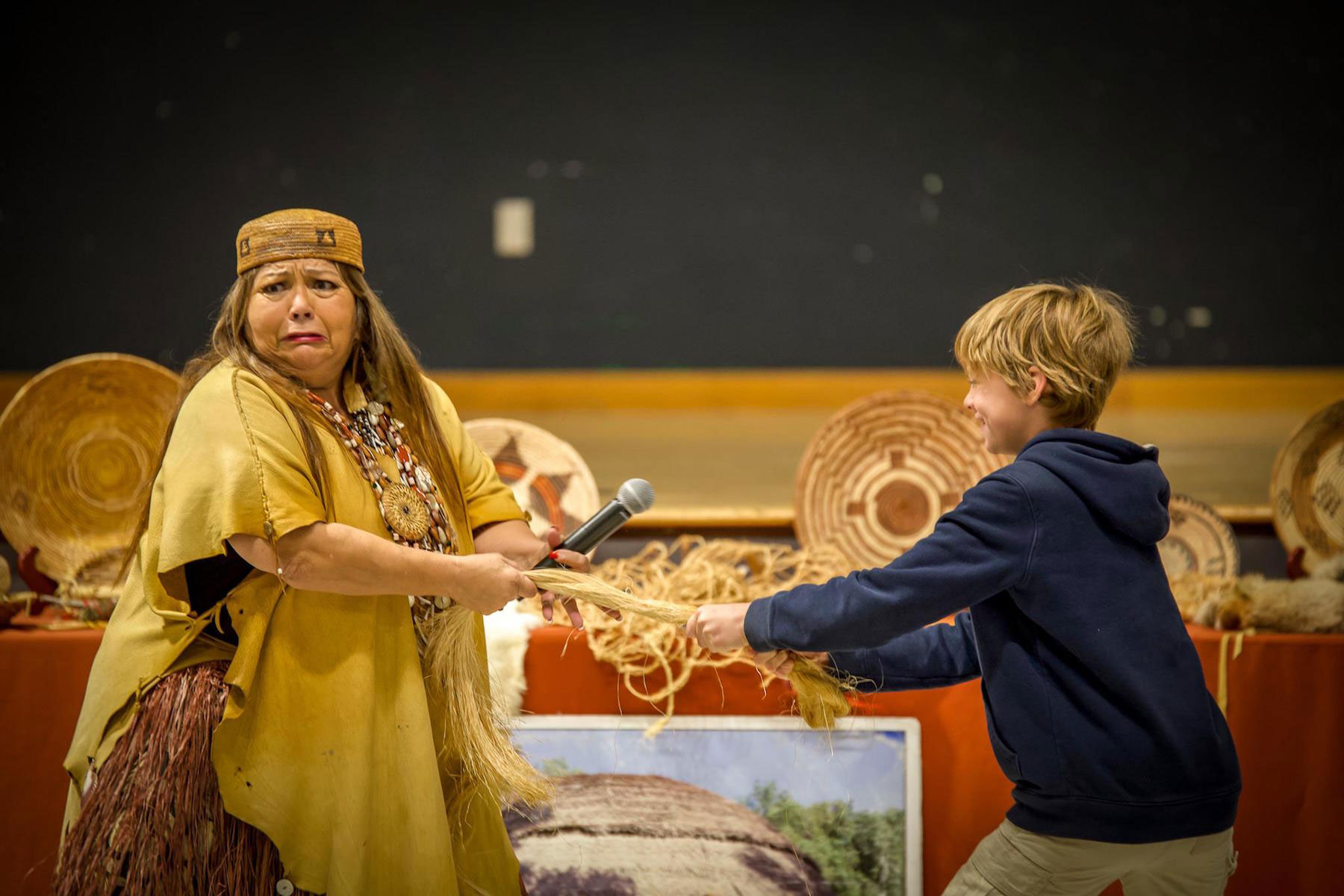 Jacque prides herself on preserving and passing her culture along through oral Native American traditional storytelling. While attending college at USC, she traveled across the country competing on the National Collegiate Speech Circuit and American Forensic League. 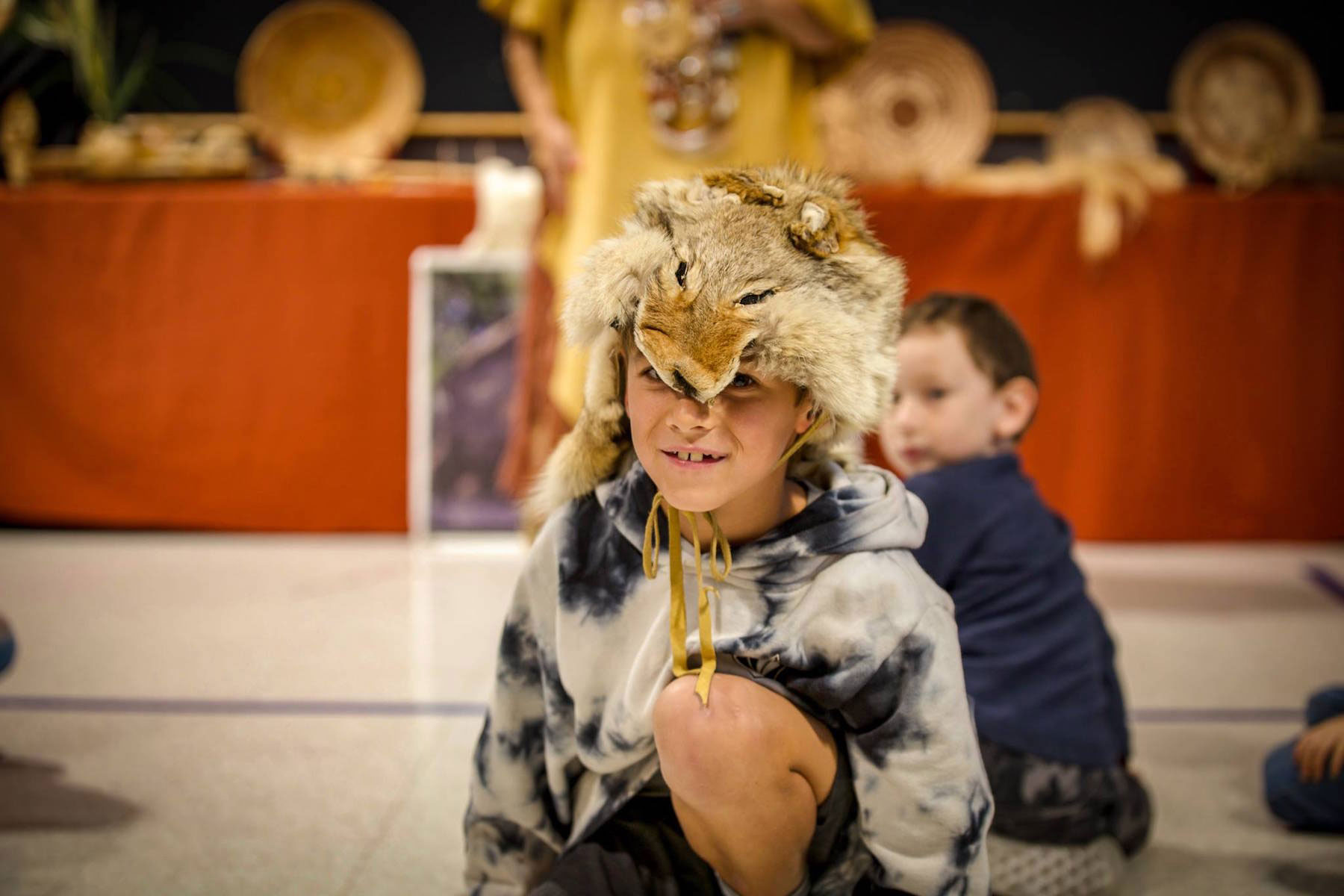 Nuñez received the Most Outstanding Speaker Award from USC for three years and numerous medals for superior accomplishments. After graduating from USC and Pacific Christian College, she began to teach in elementary schools where she enjoyed teaching for over 17 years.